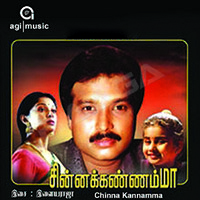 Chinna Kannamma Story: Aravind, a youngster who was transferred for a job, falls in love with Gayatri. Despite their parents’ refusal, they marry and have a girl (Baby Shamili) but Gayatri dies when the baby is about 2 years. Aravind befriends with a couple (Suhasini and Nassar). One day, the couple’s daughter, Priya dies. Then, Uma and Pradeep, ask to adopt Saranya. Aravind cannot let them to do it because it was his only family. Later before dying, a nurse contacts Uma to reveal that Saranya was her daughter and Priya was Aravind’s child. Uma take the affair to the court. The judge decides to let Saranya to Uma and Pradeep, her real parents. Saranya don’t want to live with them so Uma lets her to go with Aravind.