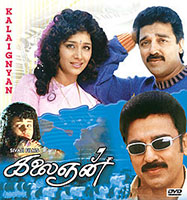 Kalaigan Story: The movie revolves around a Tamil pop singer Inderjeet based in Bangalore who has a large female following. The movie opens with the death of a back-up dancer, Sandhya, in Inderjeet’s group and soon a police detective is put in charge of the investigation. Although the police suspect Inderjeet as he is very short-tempered, they have no evidence linking him to the crime. Meanwhile, Divya, Sandhya’s elder sister, arrives at her aunt, Dr. Prabhavathy’s (their dad’s elder sister) house to find out the truth about Sandhya’s death. She goes to meet Inderjeet but is put off by his arrogance. She also talks to his manager, Dr. Harichandra Prasad, and other musicians who all have differing opinions about Sandhya.

While investigating about Sandhya, Divya is attacked in a bar but coincidentally Inderjeet saves her and takes her to his concert. During the concert, Inderjeet gets flashes of his parents’ and sister’s deaths in an accident in his childhood and breaks down into tears. At the end of the concert, a girl, Jennifer, gets on stage and kisses him to the bemusement of all. That night, Jennifer is killed by someone wearing Inderjeet’s coat. Still with no concrete evidence, the police begin to keep a closer eye on Inderjeet and find that Divya seems to have an interest in him. To warn her, the police detective reveals to Divya that Inderjeet is the possible suspect in Sandhya’s death.

Divya plans to outwit Inderjeet with the help of Sandhya’s friends, who attacked her earlier in the bar mistakenly. She feigns to have fallen for Inderjeet and she stages a kidnapping to test Inderjeet’s skill with the knife (all the girls murdered were skilfully cut by the murderer). He turns out to be quite good with the knife. But the next day, Inderjeet sees Divya with the bandaged kidnapper walking out of the hospital and manages to determine that she was faking her love.

So he comes clean to her about Sandhya. She was an unstable substance abuser who had a thing for him, but he did not reciprocate. She even had threatened to commit suicide if he did not reciprocate but he manages to save her and that was the last he had seen her. The killer, who has pictures of this, that looks like incriminating him has been blackmailing him into coming to the murder scenes just minutes after the murder has taken place. Divya believes him and falls for him.

One afternoon, while with Divya, the killer calls and demands Inderjeet to come to a place out of town or he will kill another person. He refuses as he has had enough and tells the killer that he can tell the truth to the police even if the pictures are handed to them. But Divya, in order to find Sandhya’s killer, slips away and goes to that location in her car. Inderjeet, worrying about her, goes to the location with Dr. Prabhavathy. The car stalls, leaving Inderjeet to pursue both Divya and the killer on foot and leaving Dr. Prabhavathy alone in the forest with her dog.

The killer’s next victim happens to be Dr. Prabhavathy who had car troubles but had accepted the help of the killer, having recognized him. The killer stabs her till she nearly dies in her car and takes a picture of her unconscious body and leaves. Divya arrives and calls the police. Inderjeet arrives at the scene and notices that the police has found one of his gloves in the murder scene, making him their suspect. He escapes from the police and runs away to his manager’s house. The police arrives at the manager’s house and he asks Inderjeet to hide in the closet. Inderjeet finds a jacket similar to his’s in the closet and also the other glove found at the murder scene. He realizes that his manager is the killer and flees. The manager sneakily leads the police to his closet but finds Inderjeet gone.

Inderjeet calls his manager and impersonates a forest official who has photographed his murder earlier and asks for money. He specifies a location and asks the manager to get there soon. He enters the house when the manager leaves and looks around. He is able to find a secret room filled with photographs of his victims. He calls the manager again and makes him run to another location. After that he reveals his true identity and says that he now has proof of his innocence since the killer’s reflection is on the car window when he took the photograph earlier. Shocked, the manager stumbles out but runs into Divya. He kidnaps her and tells Inderjeet to come to an abandoned house outside the city with the photographs.

The police spot Inderjeet and chase him. Meanwhile, the manager reveals to Divya that he started the killings because Sandhya had once turned his request for love down and laughed at him for being a lesser man than Inderjeet. He in his jealous rage killed her and the other girls who had liked Inderjeet. Inderjeet manages to escape the police and rescues Divya. The manager is killed in the ensuing fracas with Inderjeet and the police find the truth. The police detective also reveals that Dr. Prabhavathy has survived the attack and is recovering in the hospital. The movie ends with Inderjeet and Divya riding happily on a motorcycle.