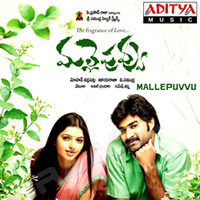 Mallepuvvu Story: Koti (Murali Krishna) is a construction worker. His aim is to save enough money and go to Dubai in search of lucrative employment. He applies for a passport and is waiting for it. At this time, a young boy Malli joins the work force and he also works with them on the construction site.

Malli shares the room with Koti and one day Koti comes to know that Malli is not a boy but a girl. He loses his heart to her. The police are on the lookout for Malli. When they try to catch her, Koti intervenes and tires to save her. But Koti is arrested by the police and some unknown kidnappers whisk Malli away.

Koti comes out on bail and decides to rescue Malli. He learns that Malli is actually from Bangladesh and the police is after her as she is suspected to a Bangladeshi terrorist.