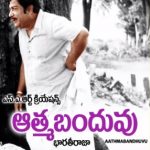 Bharathiraja unites first time with Sivaji Ganesan, which he narrates “Joining hands with a great sculptor like Sivaji, I am creating an art work filled with life”. He also narrates this story is like an unsung sad tune that comes out of flute. The films is about the relationship between a village leader Malaichami (Sivaji Ganesan) and a boatwoman Kuyil (Radha). Malaichami is having an unhappy marriage with Ponnatha (Vadivukkarasi) and the reason for the marriage is not revealed at once.

We are informed that there is a story behind Malaichami-Ponnatha marriage which is revealed bit by bit throughout the film. This worked really well instead of flashback, which is what is usually seen in most Tamil films. Bharathiraja established the reasons why Malaichami doesn’t like Ponnatha, which are how she serves the food unhygienic, how she is uncharitable. The exact opposite characters is what attracts him to Kuyil.

Ilayaraja’s mesmerizing songs are put to use brilliantly. Malaichami sings a song and he hears a female voice singing along (Kuyil sings), but he couldn’t find who she is. Each song is perfectly placed and the lyrics clearly establishes the mood and thoughts of the characters who are singing it. There is a parallel love story between Sevuli (Ranjani) and Sellakannu (Dipan), who is Malaichami’s nephew. This story is used to reveal why Malaichami got married to Ponnatha. The scene where Malaichami gets to know about their love and confronts them is brilliant.

Sivaji Ganesan, Radha and Vadivukkarasi are amazing in their characters and the film does turn out to be an unsung sad tune as Bharathiraja says during the start of the film. I had problem with the definition of proper woman, based on virginal sanctity, in the film. Though almost every film during that era had similar definition, this film has this as crux which felt bizarre.