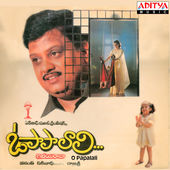 O Papa Lali Story: The film opens with a bus carrying a group of college students for a trip. Among the students are Anu (Anju) and her girlfriends. The bus is stopped by some masked bandits. They forcibly enter the bus and demand that Anu should kiss their leader Sashi (Ramesh Arvind); otherwise, they will kill everyone on board. This is subsequently revealed to be a ruse: Sashi is in fact a fellow college student trying to win Anju’s affection.

For a few days after, Sashi and Anju play various pranks on each other. Anju eventually admits her affection for Sashi and they begin a courtship. All seems to proceed well, except that Anju is strangely melancholic from time to time; she repeats to Sashi that she senses an imminent danger to their relationship, although she is unable to pinpoint what the threat or describe why it may materialize so soon.

Some things are revealed when Anju begins to get sharp headaches from time to time. Her father, A. R. Rangaraj (SP Balasubrahmanyam), a quiet widower, tries to help her, but is not able to get to the bottom of the matter. A. R. Rangaraj (known to his friends as ARR) is a gentle old man who has devoted the greater part of his life to his daughter. Things come to a head when, on her 18th birthday, Anu visits her doctor who confirms she has bilateral renal artery stenosis and is almost certain to succumb within a year. She may require an operation within that time, but the likelihood of her coming through it alive is minimal. Anu requests the doctor to keep it between them (and, in particular, not inform her father to avoid deeply saddening him). However, unbeknownst to Anu, her father discovers it by accident when the local pharmacist sends some prescription drugs through him.

When Anu discusses the matter with Sashi, he expresses his support in spite of his grave sadness (in proportion to his love for her). Anu reveals a thread from her past that may explain her melancholic mood.

The film flashes back to several years before, when ARR had a happy family. Anu, then five or six, attended school; ARR handled his job and his loving wife managed the home. Tragedy struck when they lost his wife to an illness. Anu took this particularly hard. Yet, ARR tried to help cope with it somehow and move on. Some time thereafter, ARR met Sharada (Radhika) at a wedding. Sometime thereafter, ARR sought a tutor for young Anu, and Sharada happened to take the position. The friendship evolved into a courtship, to the point where ARR was about to propose marriage. (During the courtship, ARR sang the song Mannil indha kaadhal to Sharada. He cheekily prefaced the song with the admission that while he may not be a talented singer, he can certainly hold a tune; and to verify his claim, he proposed to sing the entire song in one breath. Sharada was truly impressed.) As time went on, Sharada realized her own bindings. Both her parents were deaf-mute, and she was the only way they could communicate with the rest of the world, this left her torn between her filial duty and her personal aspirations. Things were worsened when Anu experienced feelings of motherly yearning and was simply unable to accept Sharada (or anyone else for that matter) in the role of a mother. Sharada is bewildered and ultimately frustrated by all this. And in spite of ARR’s assurances that they can work it out, she refused his proposal and moved to Bangalore to take a position as a schoolteacher. Since that time, Anu has been plagued by guilt for her part in the breakup.

The doctors pronounce a date and time for the unavoidable operation. Anu takes this with stoic grief, and asks Sashi for one last thing: to find Sharada and attempt to reunite her with ARR. They find an old picture of Sharada, and Sashi recognizes her as the woman he had met in Bangalore a few weeks ago. He sets off on a frantic hunt for Sharada. On the day of the operation, Sharada happens to be in Chennai en route to a training event in the USA. After a tricky set of near-misses, Sashi is able to locate her in the nick of time, and bring her to Anu and ARR moments before Anu gets anaesthetized.

The film ends with Anu going for one last ride with Sashi on his motorbike and right before they leave, Anu mentions that she has gained faith in surviving the srugery, and according to previous circumstances, what she feels is the outcome and so the results are let to the audience.