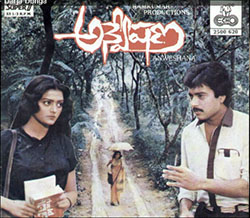 story of an Ornithologist and a Police investigator coming to a forest and trying to solve the mystery of a series of killings allegedly by a man-eating tiger but soon find out it is a serial killer and the identity is revealed in the end.

During the shooting of Sitara at Kovalam Beach, Kamineni Prasad met with director Vamsi expressing a desire to produce a movie directed by him. He even had a co-producer, Chinna, who was the owner of Hotel Apsara in Vizag. Prasad had produced ‘Intinti Katha’ in 1974 with Krishna. Vamsi wanted to make a thriller this time and started writing the story.