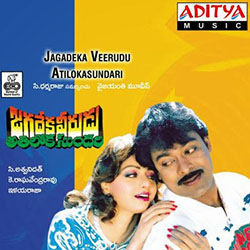 Jagadeka Veerudu Athiloka Sundari: Raju (Chiranjeevi), a courageous and spirited young man, is a caregiver to four young orphans (Shamili, Shalini,and Richard Rishi). He is a tourist guide in a picturesque hill station.